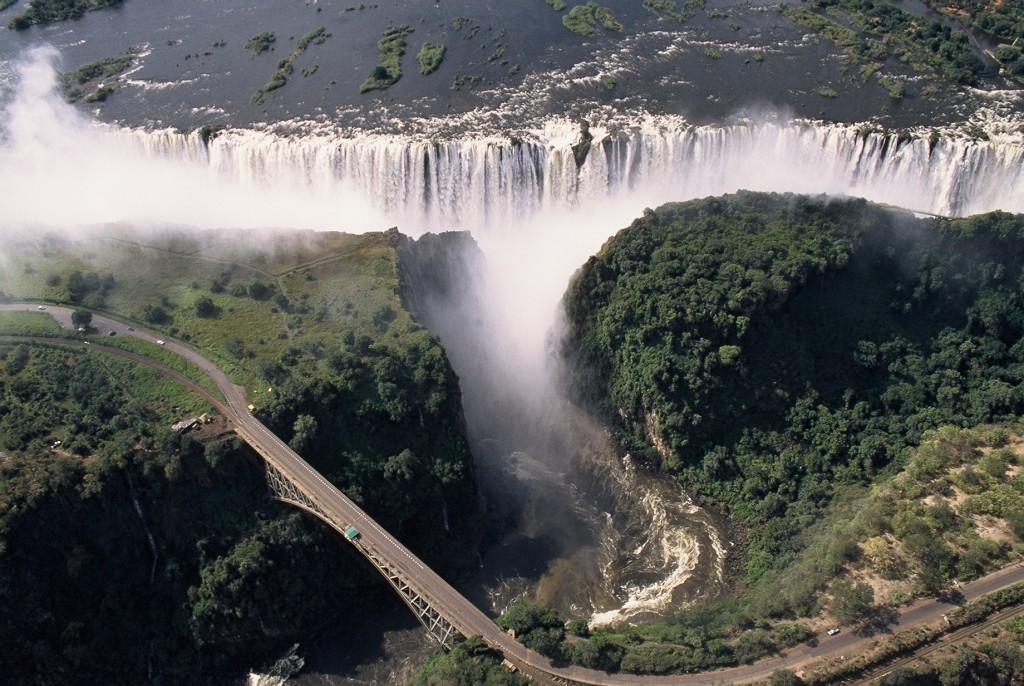 A notable feature of the park is the rainforest which grows in the spray of the falls, including ferns, palms, liana vines, and a number of trees such as mahogany not seen elsewhere in the region.

Visitors have the chance to view elephant, cape buffalo, white rhino, hippopotamus, eland and a variety of other antelope during drives and walking safaris. Crocodiles may be seen in the river, and a nearby Crocodile Ranch offers a safer view of these dangerous animals.

Accommodation is provided in campsites in the Zambezi National Park and in the numerous resorts and hotels in and around the town of Victoria Falls which forms part of the western boundary of the park.